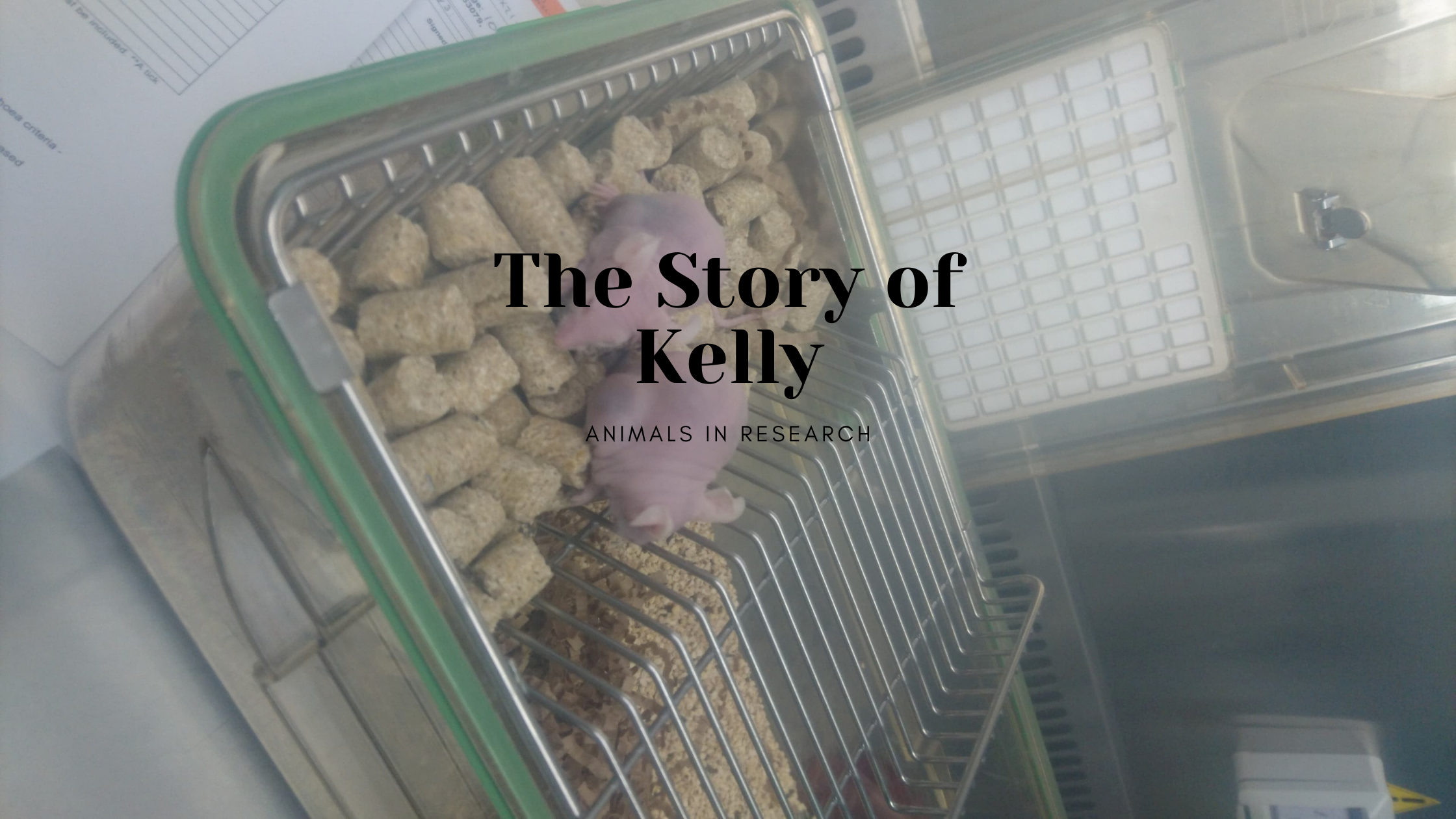 Here is a short piece about the invaluableness of animals in medical research. Sometimes, public may find it hard to understand that animal use is very much needed in research involving translational medicine (like cancer or drug development) and cannot be entirely eliminated. In addition to carefully thought ethics and proper care for the animals, there cannot be enough ways to honour their contribution to science and medicine.

"It is unusual for medical researchers to assign any name to the animal that they have been handling in the laboratory. Treating them as pets would be off-limits and keeping them alive past their holding time after all the treatments would be against the ethics of animal use in research. All animals in research need to be culled when the study concludes, which means their life serves one noble purpose; to help medical research progress towards finding cures for diseases.

As a cancer researcher, mice were part of my daily routine, except this one mouse that I had been caring for the past 3 months. She was the last one standing, despite the deadly tumour she was carrying. She deserved a name.

So, I gave this one mouse a name. Kelly. Just like the type of cancer cells she was injected with. Kelly was a female nude mouse; a type specifically called the BALB/c nude which appear hairless due to mutation in chromosome number 11. Other mutations in BALB/c nude mice render them immunodeficient, making them respond poorly to foreign cells (antigen). This makes it easier for a disease to develop in their body and they become the suitable host for tumour model.

Kelly and her other 71 possible sisters were just 4 weeks old when they arrived in the lab. Her initial name was mouse 1 cage 17, which I gave during the week of acclimatisation period. She was small and only weighed 15 grams, but she enjoyed small treats of sunflower seeds. The Kelly neuroblastoma cells injected into her flank would grow tumour within a week or two. Fortunately, as a resident of cage 17, once her tumour reached 50 mm3, she received special food that contained the drug we hypothesise to turn off the gene causing cancer.

The special food delayed the tumour growth by average of 21 days. Few mice including Kelly even had their tumour disappeared after a month of treatment. But delaying did not mean curing. Soon the tumours grew back and reached their maximum size of 1000 mm3. While one by one Kelly’s sisters had to be culled, Kelly’s tumour remained flat. Kelly amazed me that I got to spend an extra month monitoring her well-being and tumour growth. There were days when she happily owned the cage to herself and did not have to share sweet treats. There were also lonely and inactive days as her tumour grew bigger.

Finally, her tumour volume hit 1000 mm3 on her 18th week anniversary. As I put her to sleep and collected her tumour, I thank Kelly for such invaluable lesson and contribution to science. As the last mouse standing, to me Kelly was more than just an outlier in my data. She represents luck, strength and gratefulness for whatever life was throwing at her."

For more information on the publication: